Generation Z is Entering the Best Workforce in Years

Generation Z is entering the best workforce in years

A sign of a stronger economy and a tight labor market has come with the new release of the May Jobs report from the Bureau of Labor Statistics. According to the report, 223,000 jobs were added to the U.S economy this past May. The unemployment rate has also dropped to 3.8%, a new low since April 2000. Not to mention minimum wage is on the rise to $15 an hour in some states.

This means that members of Generation Z will be entering one of the best markets in decades. Job openings are at a record high and businesses are hungry for more workers.

This group will only keep getting larger and more influential, so it’s important for employers to start preparing for them now. In fact, this generation is on track to become the largest generation in just a few years. They already outnumber both Millennials and Baby Boomers, making up 25 percent of the population. According to Fast Company, they will account for 40 percent of all consumers by 2020.

Who is Generation Z?

Generation Z, Zillennials, The iGen, Founders, and Centennials are all nicknames used to describe this generation. Generation Z is the generation that comes after the Millennial generation and was born with the Internet, technology, and social media in their hands. According to demographers, Gen Z is composed of those born between 1995 and 2010. This means that the oldest members of this generation are now entering the workforce. 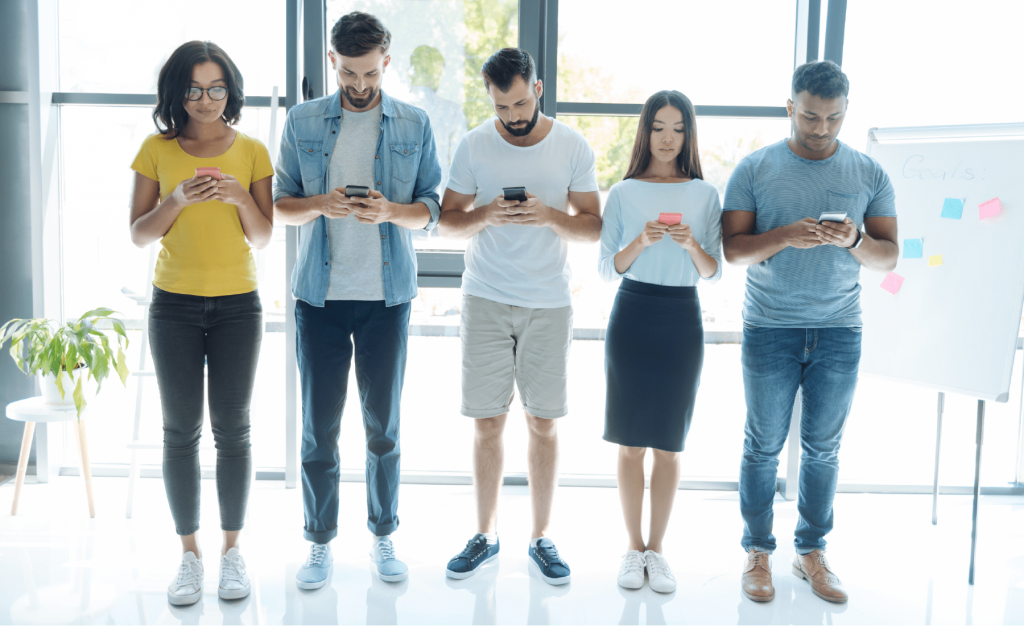 Like all generations, they have unique traits that set them apart. Since this generation is so new, there are a variety of findings of this generation. The team here at Deputy gathered information from various sources to come up with a list of the most distinguishing traits this generation group has to offer:

1. Phigital – they are digital natives meaning their physical and digital worlds are combined. According to research from GenZGuru.com, 91 percent of Generation Zers want to work for technologically-sophisticated organizations.

2. Social media fluent – According to Pew Research Center, 45 percent of teens say they are online ‘almost constantly’ with Youtube, Instagram, and Snapchat being the most popular platforms. A survey from Piper Jaffray found that only 9 percent of teens say Facebook is their preferred social media platform and only use Facebook to keep up with parents or as a tool to use for group chats.

3. Subject to fear of missing out (FOMO) – this is also attributed to social media. This book found that Generation Z uses social media to stay up on trends. However, this can leave many Gen Zers fearful of missing out on the latest trends and news.

4. They embrace diversity – In fact, Gen Z is the most racially diverse generation in America. They also view their diverse mindset as a competitive advantage and strength from the older generations. A survey from Medium found that the number one cause that Gen Zers want to see their employers support is equality.

5. Passion and growth go hand-in-hand – A survey by EY found that 84 percent want to focus on career progression and growth when job searching. With past generations, passions and career growth were two separate things. This generation wants work that is also fulfilling and in line with their passions.

7. Entrepreneurial – According to Forbes, Generation Z is 55 percent more likely to want to start a business than millennials, showing their desire for financial success. In addition, a study from Entrepreneur found that 61 percent of high school students and 43 percent of college students would rather be an entrepreneur instead of an employee when they graduate college.

Generation Z grew up during the recession, one of the greatest economic instability since the Great Depression. This has significantly impacted the way that they view the world. They understand that losing a job is a real threat. Unlike Millennials, who bounce around from job to job, Generation Z craves job stability and knows that it will take a lot of work effort to achieve that.

So what will the future workplace look like with this new generation? Below are some of the top things Gen Z will bring to the table:

Many companies are needing to fill jobs as soon as possible, compared to years ago when workers were lining up for jobs. For example, the construction industry added 61,000 jobs last month and the steel industry added 31,000 jobs. Recently, the governor of Vermont, Phil Scott, introduced a new bill that will give people $10,000 to move to the state and work remotely. In a statement, the governor said “We have about 16,000 fewer workers than we did in 2009. That’s why expanding our workforce is one of the top priorities of my administration.” For future Gen Z grads or anyone looking for a career change, now may be a good time to look at industries where workers are in high demand.

More companies like Walmart, Starbucks, Chipotle, Amazon, and McDonald’s are rolling out better benefits like educational programs for their employees. Walmart recently announced that it will help pay for its 1.4 million U.S. workers to earn a college degree. The college degree program will also pair workers with an educational coach, offering advice and help on things like financial aid and other school applications. This will not only benefit the employees but also the employers when attracting and retaining the best talent.

So, what does this mean for Generation Z? This generation has watched Millennials struggle to pay off debt, so benefits like educational programs will be highly valued. According to CareerCast, Generation Z cares less about income for wealth-building and more about avoiding debt. CareerCast also provided a list of some of the best jobs for members of this generation to pursue. From that report, here the top 10 jobs for Generation Z:

1. Computer and information systems manager – CareerCast says the median annual salary for these positions come in at $131,600 with a 15 percent growth rate by 2020.

2. Environmental engineer – With environmental concerns rising, it’s no surprise that this career will be in demand. CareerCast says the median annual salary for this role will be $84,560 with a growth rate of 12 percent by 2020.

3. Financial planner – As mentioned above, the financial well-being of this generation plays an integral role. With a median annual salary of $89,160, finance will be a degree many Gen Zer’s will pursue.

5. Information security analyst – Being the most digital savvy generation to come into the workforce, this career will be extremely attractive. Not only will they be protecting valuable data, but they will also be financially secure with the median annual salary being $90,120. It’s also expected to grow by 18 percent by 2020.

6. Interpreter or translator – This generation is also the most diverse generation in history, so this career is very appropriate and attractive for those who want to learn more about different cultures. The median annual salary for this role comes in at $44,190 with an expected growth rate of 29 percent by 2020.

7. Market research analyst – CareerCast writes, “The boom of Generation Z consumers requires a keen attention to their trends and attitudes. Who is better equipped to analyze and predict the market of their peers than a market research analyst?” The median annual salary for this position is around $62,150 with a growth rate increase of 19 percent by 2020.

8. Registered nurse – Every generation needs nurses and the demand for nurses keeps increasing. With the median annual salary coming in at $67,490, more people are considering a degree in this field. The growth rate of this position is expected to grow to 16 percent by 2020.

9. Software developer – With a median annual salary coming in at $100,690, Gen Zers will be extremely attracted to this position. It’s also a great role for the digitally native group to express their creativity and technology skills. The growth rate of this position is expected to grow to 17 percent by 2020.

10. Statistician – The projected growth rate for this role comes in at 34 percent; the highest on CareerCast’s list. It also includes a median annual salary of $80,110.

Looking to the future

With an all-time high of jobs added to the market, new graduates and Gen Zers won’t have the stress that past generations had when searching for a job. Many economists predict that the unemployment rate will continue to drop or at least remain steady.

Ultimately, there are many assumptions to be made about what the future of work will look like, but we can’t predict the reality. This can pose as a challenge, but it’s up to teachers and the current workforce to prepare for this incoming generation.

The post Generation Z is Entering the Best Workforce in Years appeared first on Deputy.

What is the difference between revenue and profit?

The Importance of Cultural Diversity in the Workplace